Nicole Brown Simpson: the private diary of a life interrupted

Description
Fearing for her life, Faye D. Resnick, as confidante of O.J. whenever he and his ex-wife fought - went into hiding to write Nicole's story. Her phones were tapped, private journals and photographs were stolen from her home, veiled threats were made by "private investigators" - and O.J.'s defense team, desperate to find another suspect, spread slanderous "theories" that purportedly tied Faye to the murders.
Now the truth about Nicole is revealed by the only person - except O.J. himself - who knew the real story: How O.J. raged out of control just two days before he bought the now-infamous "stiletto knife" - and told Faye over and over: "I'm going to kill her... I'm going to kill her if I find her with another man!" That same day, Nicole told Faye, "O.J. loves me so much he's going to kill me... and get away with it." Six days before the murders, a furious O.J. panicked Nicole by threatening to inform the IRS about a tax problem that could force her and their two children out of the home they loved. Five days before her death, a frightened Nicole told Faye that O.J. had stolen the spare set of keys to her condo. How Nicole committed the one sexual "taboo" O.J. had forbidden.
It's more than sensational! It's the touching, intimate portrait of a devoted wife and mother, molded from age 17 by a charismatic American hero who always showed the world the happy, smiling face he drew on his so-called suicide note... but beat her savagely behind closed doors.
New unrevealed secrets... How O.J. left her beaten and near-naked in a Las Vegas hotel corridor... O.J.'s boast of his "sexual revenge" against the man he raged against in the headline-making "911 tape"... How Nicole's "frog phobia" doomed the reconciliation when O.J. became "Frog Man"... The bizarre story of the thumb ring found next to Nicole's body - identical to the one worn by Faye, and...
It's the heartbreak of a woman who tried desperately to return what she thought was her husband's total love - and her final realization that it wasn't love, but a hellish obsession!
Details of the final 35-minute phone call Nicole had with Faye during the final moments of her life.
It's an unexpected love story about two women who formed a bond so strong even death can't break it - and how they teamed up in a futile, last-ditch effort to save the life of Nicole Brown Simpson.
It's an angry cry for help... help for women trapped in the brutal prison of abuse from men who claim to love them. Nicole Brown Simpson was known as a "strong woman" by her friends and family - but Faye D. Resnick, who was an abused child, has learned one powerful lesson from writing this book: Strength should never be equated with keeping silent about abuse. Sadly, it's a lesson Nicole never learned. That's why she'd want you to read her story...
Also in This Series 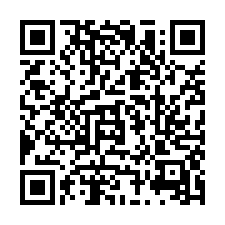