Driving under the affluence »

Driving under the affluence

Description
What's it like to be admired, acknowledged, admonished, reviled and fired by Kim Basinger, Tom Wolfe, Goldie Hawn, Don Henley and David Geffen in a single twenty-four-hour period, adjusting for bicoastal time-differences?
What's it like to be Number One on the New York Times best-seller list and owe six-figures of your soul to The IRS?
What's it like to be outraged by Rodney King's beating, then to be physically attacked by black street people?
What's it like to fight fires, flood, earthquakes, mudslides, riots and power failures when you're on a deadline?
What's it like to be the only reporter covering Dress Rehearsal for The End of the World?
In this riveting sequel to her 1991 debut, Julia Phillips answers all these questions and expands the bright light of her brutal wit and frank observation beyond the electric-gated, celebrity-studded, five-star-restaurant world of You'll Never Eat Lunch in This Town Again to shine relentlessly on all of Los Angeles, particularly its darker corners.
Grinding her teeth and ferociously lane-changing through gridlock, though she can barely stand to leave her bed, Julia brazenly navigates from Brentwood to The Barrio, Carmelina Avenue to Crenshaw Boulevard, Outpost Road to the outskirts of Malibu, Washington Boulevard to the Watts Towers to Hightower to The Men's Club to Club Louie to Club Fuck.
Also in This Series 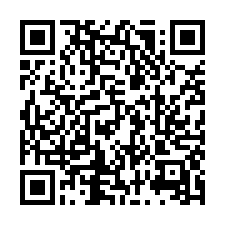