The dysfunctional President: inside the mind of Bill Clinton

Description
In this compelling and highly controversial book, psychologist Dr. Paul Fick offers an explanation as to why President Clinton exhibits a strong tendency to lie, by nature is indecisive, creates chaos around him, often denies personal responsibility, and indulges in behavior that is clearly self-destructive. The Dysfunctional President reveals that the president, whose stepfather was a violent alcoholic, suffers from a syndrome common to Adult Children of Alcoholics.
The president's life is a classic case history of this syndrome. When Bill Clinton was four years old, his mother married Roger Clinton, Sr. His stepfather was an alcoholic and a violent man. He physically assaulted Clinton's mother and once even discharged a gun inside the home. When Bill was fourteen, his stepfather's behavior resulted in a divorce. However, one year later, over Bill's objections, his mother remarried Roger, and young Bill continued to live in their home until he went away to college.
According to the author, Bill Clinton responded to his stepfather's alcoholism and violence by assuming what is often characterized as the Hero Role. This is the family member who excels, indeed overachieves. The Hero's behavior is designed to deny the reality of the familial dysfunction. While the Hero frequently receives accolades for his accomplishment, the role is adopted with resentment and the Hero typically engages in behavior which undermines his success. He will tend to lie and become indecisive and create a chaotic environment. In effect, the Adult Child of an Alcoholic recreates the chaos of his childhood in his personal and professional life.
Also in This Series 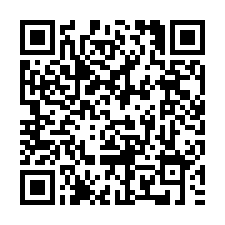